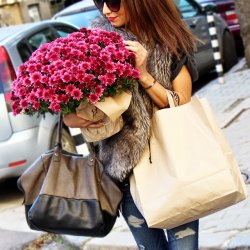 Honestly, I?m not much of a cook.
And if I ever decide to go wild in the kitchen it would be if I have nothing better to do (which is rarely the case) or if my mood is so elevated that I feel like preparing a special treat for my friends.
If you follow me on instagram (antoinettepepe) you’ve probably noticed that for quite some time I?ve been indulging mainly in raw vegan foods (especially when it comes to desserts). Gosh, I haven’t had milk chocolate for a few months now!
Anyway, some of my friend have been mocking my new eating habits and my very idea to became a vegan, staring quite sceptically at my daily vegan treats.
So just like that, yesterday, while doing some grocery shopping I decided to prove my friends that being vegan ? having no taste buts. So there I was grabbing bits and pieces from the shelves all hyped up to prepare my all time favourite dessert: Raw Vegan Raffaello Truffles with an added twist from me.

P.S.  Don’t be surprised if you feel quite full after having 1/2 truffles. Raw organic foods are quite filling and you won’t need much to satisfy your belly without feeling hungry once again in a few minute time (as it would be the case if you decide to indulge in a chocolate bar).

2 Tbsps maple syrup (alternative: honey or agave)
2 Tbsps raw coconut butter (leave it out of the fridge until it softens and gets a creamy texture)
10-15 raw peeled almonds
7 ounces/ 200 gr. raw cashews
1 teacup raw coconut flakes (to add in the raw dough and for coating)
1 tsp vanilla powder (extract)
Fresh Mint Leaves (the more the better)
The great thing about the raw vegan desserts ? you don?t have to strictly follow the measurements in order to make a great dessert. It depends entirely on you (and your personal taste) whether you?ll be adding more sweetener, less butter, or mint leaves at all.
And What I did:
1. I blended together the raw cashews, 2 tbsps coconut flakes, and the vanilla powder;
2. Then, I added to the flour some of the coconut butter, maple syrup and previously chopped mint leaves;
3. Once the raw dough was ready, I made the truffles, adding a raw almond in each one of them;
4. I used the rest of the coconut flakes to coat the yummies;
5. Then I left my vegan surprise to cool down in the fridge, and quite content with my raw vegan cooking effort, I waited for my friends to arrive. 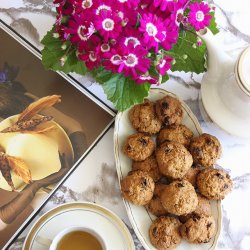 My Take On The Skinny Oatmeal Raisin Cookies Recipe... 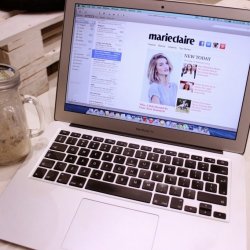 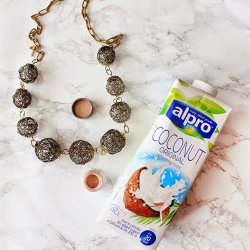 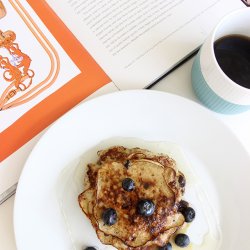 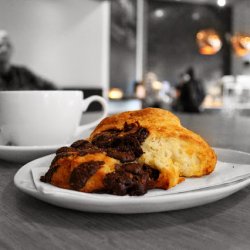 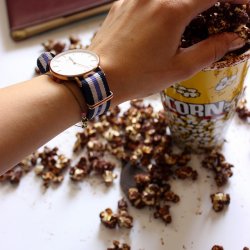 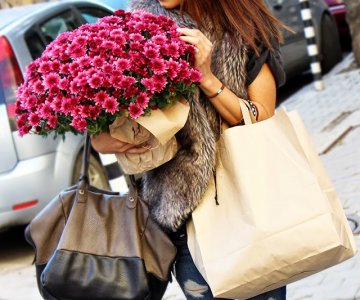 The Unpolished Part of Me and A Laid-Back Autumn Outfit