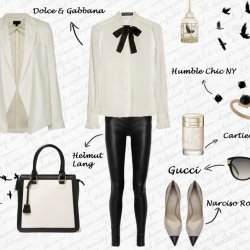 Næste indlæg
The Colourful Vibe of a Monochrome City  Dear Reader, Yesterday while waiting for the cou

The One and Only Barcelona

The One and Only Barcelona
Precisely a year ago I was neatly folding my clothes and arranging them in my quirky suitcase. I was just about to go on a holiday with E. to visit T. in Barcelona. It was almost noon when I checked my watch to only realise that I should?ve been in the taxi by that time.
I rushed out of my flat to catch the flight, which marked the beginning of my ?future?.Well, lovely reader, I often talk about signs, destiny and all that. And quite frankly I assume that you are already rolling your eyes laughing at my ridiculous statement. Well, I have less than two minutes to change your mind and I?m all in for that challenge.


On our way from the airport to T.?s place I was staring at the sky. The three of us were reunited again under the inviting sun of Barcelona and we were aiming to have some whimsical time. And me? I was so delighted to spend some time with my friends with all of us otherwise living miles away from each other. One week went by in a blink of an eye. We laughed a lot…

posed for photos even more, indulged in delicious dishes, and tasted delightful cocktails at roof top bars. Actually it was precisely then when I fell in love with the delicious macaroons (thank you T. for introducing me to them)…

‘So how come you’re in NYC now: studying, visiting, travelling?’
‘Well, no, just following the direction that Barcelona pushed me towards’.
Let me explain…

The day before I left Barcelona the three of us were having Sangria with K., a friend of the girls.

The time has somehow stopped; we were all enchanted by the ambiance of the beach ? the cool breeze, the people?s cheerful laughter, the seagulls flying low over the water? until K.’s voice suddenly broke the silence snapping us all back to reality.

?It would?ve been even better if you were here next week when B. and all my best mates are visiting?.
He actually referred to his friend with a nickname that I was really acquainted with. I jumped scalded by his words ? well, certainly, there was no way he knew my previous boyfriend and stating they were best friends? This was surely a sick joke. I snapped back annoyed that he was pushing me to the limits, playing around with my friendliness and fleeting patience. The thing is ? the nickname is not popular where I live. And when I say that it?s not I mean only few have heard of it at all. The intense argument that was slowly unfolding was interrupted by E?s vibrant giggle, who tried to clear the air by elaborating on who this person was. Of course, in disbelief I looked up the only place that could have given me any proof ? facebook ? and weirdly enough this person did exist. I pressed the ‘Add as friend’ button; a second later my request was accepted and all I could see was ‘the nickname’ all over his timeline.


A week later our online communication had already began. And we clicked right away, incessantly exchanging witty words, throwing at each other sarcastic comments, and coming up with odd riddles that each of us had to solve.
Online buddies ? yes that?s what we were at the beginning; he was my online friend that ironically had managed to tick all the boxes (I know), answering to everything that I?ve always looked for in a guy.
Why we didn?t go on a date? Well, ‘cos he lived 2000 thousand miles away and going out with each other was not really a legitimate option.
It was a month later when already back home I had to spend my Saturday at the office irritated that I couldn?t enjoy the sunny weather. B. called me on the phone to only hear my cross answer:
‘What? I?m at work, I can?t really speak!’


‘Do you have a fridge at the office’
‘What? Fridge? Yes, why?’
‘Well, I?ve brought you something that has to be kept in the fridge’.
I hang up.

I ran towards the toilet to only remind myself that I was wearing NO make-up whatsoever and that my hair was put up in the messiest possible bun.
?Brilliant? I said to the girl in the mirror shaking head in disapproval…
And then I went downstairs.
A tall athletic male figure was slowly walking towards me holding a box in his left hand (yes, you guessed it right ? French macaroons) while kissing me gently on both cheeks.

10 months later, while preparing this text I turn my head to the right to catch a glimpse of B?s face fondled by the bright city lights piercing through the window… Yes, B. napping just right next to me lulled by my rhythmical typing? And you know? I couldn?t help but wonder if I haven?t met E. through my ex boyfriend? The same E. who has introduced me to T. who invited us to visit her in Barcelona ? would any of this have happened? B.? NYC?

Well, lovely reader, now there is no need to wonder anymore when you’re gonna stumble upon the ONE ‘cos the best things happen when you simply least expect them. Just keep on walking, meeting new people, talking to others, getting lost when visiting new places as you never know when this exact street will take you to.

Do you have a story which proves that life has its all ways for pointing you the way? 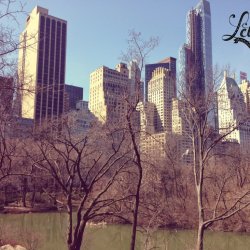 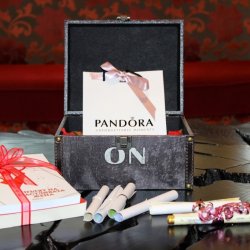 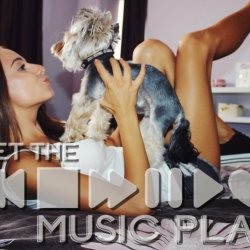 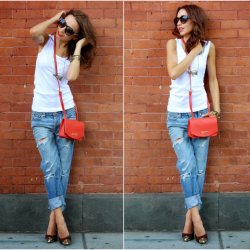 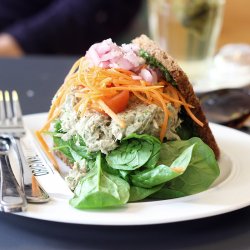 Picture-Perfect Lunch and a Day of Contemplations... 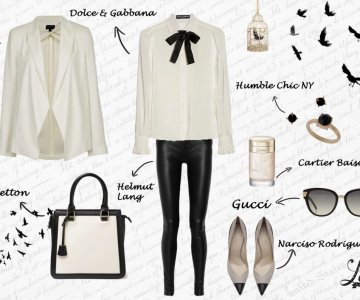 The Colourful Vibe of a Monochrome City

The Colourful Vibe of a Monochrome City  Dear Reader, Yesterday while waiting for the counter attendant to hand me my afternoon latte, somewhere around 42nd and 3rd …
Læs mere